Powder Metallurgy Capital of the World 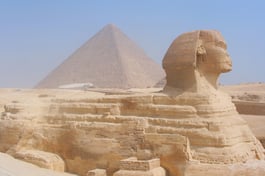 The use of metal powders is a technique that dates back to prehistoric times.  Excavations from the ancient Inca and Egyptian sites have uncovered ornaments and implements produced by this process.

Powder metallurgy methods progressed slowly through the years as the process was too slow and to expensive to have broad market applications.  The first modern use for powder metallurgy parts came in the 1920’s with the development of the self-lubricating  bearings and bronze bearings used in automobiles.  With the growth of the automobile industry and more demand, better powders and processes were developed to make better parts at much reduced costs.

The1980’s have seen growth of powder metallurgy products being used for aircraft turbine engines, as well as growth in both the type and number of parts being used in traditional products like automotive.

The local powder metallurgy industry has its roots in the carbon factories which were located in the St. Marys area.  These companies, established in the late 1800’s pressed carbon to produce pure carbon parts for the then emerging electric industry.